Easel has had a feature in “early access” mode for a while to support this, and we’ve gotten a lot of really helpful feedback about it. One of the things we heard a number of times was that the detail pass was doing a couple of undesirable things sometimes:

1) It was leaving jagged edges around the edge of shapes like this:

2) It was lifting the Z axis up and down a lot, “pecking” at the material without doing much of anything, and taking a long time to complete. You can get a feel for this by looking at the following toolpath:

We can understand why these undesirable things were happening if we reflect on the two-step process Easel had been following to generate the tool paths for the roughing and detail passes:

1) Try to fit the larger roughing bit into as many areas as possible in the design, and build the “roughing” tool paths from there

2) Remove from consideration all of the areas reachable by the roughing bit, try to fit the detail bit into those areas of the design that remain, and build the “detail” tool paths from there

In many cases, the roughing bit is actually able to reach a good percentage of the edges of a given shape; there are many cases where only a small percentage of the edges of the shape can’t be reached. Because of this, the detail bit was often only trying to clean up a few areas around the edges. This is what was causing the jagged edges: the edges of shapes were partially carved with a large bit and partially carved with a small bit, but the boundaries between those paths were not smooth.

We’ve now made a small tweak to the way the roughing and detail feature works. Instead of letting the roughing bit carve as much as it possibly can, we first make all the shapes a little bit smaller (by about the size of the stepover for the detail bit), so that there is always a “band” of material around the edges of the shapes for the detail bit to clean up. Because this band will always be adjacent to the areas the roughing bit couldn’t reach (if any), it should also help clean up the boundaries between the areas carved by the 2 different bits.

Here’s a before and after shot showing how the toolpaths for one specific problematic job become a lot cleaner with this change: 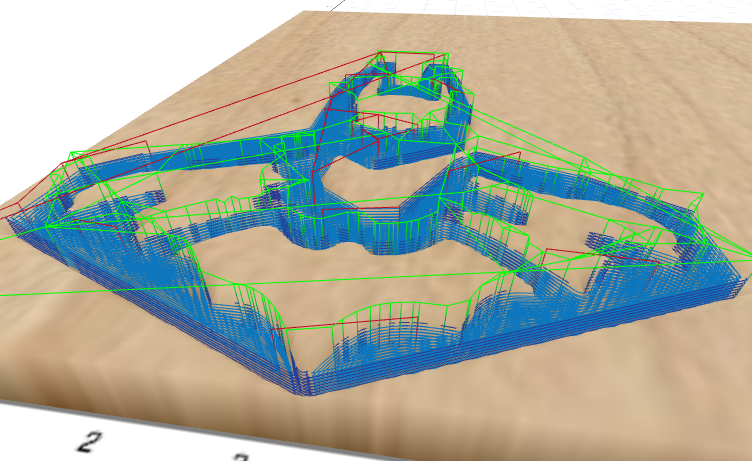 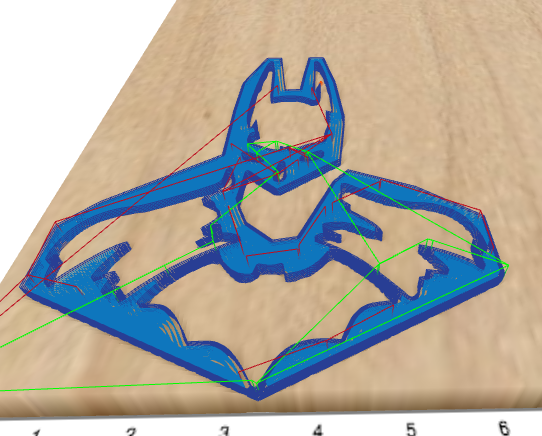